Dentistry from A-Z, our husband and wife team has you covered!
Restore the Beauty and Function of Your Smile 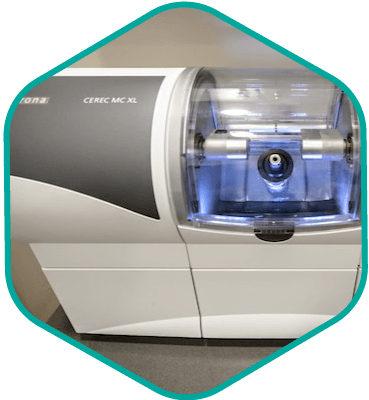 Click play to find out more about dental crowns.

Crowns are synthetic caps, usually made of a material like porcelain, placed on the top of a tooth.
Crowns are typically used to restore a tooth’s function and appearance following a restorative procedure such as a root canal. When decay in a tooth has become so advanced that large portions of the tooth must be removed, crowns are often used to restore the tooth.

Crowns are also used to attach bridges, cover implants, prevent a cracked tooth from becoming worse, or an existing filling is in jeopardy of becoming loose or dislocated. Crowns can serve an aesthetic use too and are applied when a discolored or stained tooth needs to be restored to its natural appearance.

As a skilled Hingham restorative dentist, Dr. Khayat can restore your smile in one visit using CEREC® technology. This modern procedure allows him to complete the design, creation, and placement stages in our office. No referrals, messy impressions, or repeat visits, just a restored smile!

Caring for Your Crowns

With proper care, a good quality crown could last up to eight years or longer. It is very important to floss in the area of the crown to avoid excess plaque or collection of debris around the restoration.

Certain behaviors such as jaw clenching or bruxism (teeth grinding) significantly shorten the life of a crown. Moreover, eating brittle foods, ice or hard candy can compromise the adhesion of the crown, or even damage the crown.

Click play to find out more about dental bridges.

Bridges are natural-looking dental appliances that can replace a section of missing teeth. Because they are custom-made, bridges are barely noticeable and can restore the natural contour of teeth as well as the proper bite relationship between upper and lower teeth.

There are several types of fixed dental bridges (cannot be removed), including conventional fixed bridges, cantilever bridges, and resin-bonded bridges. Some bridges are removable and can be cleaned by the wearer; others need to be removed by a dentist.

Porcelain, gold alloys or combinations of materials are usually used to make bridge appliances. Appliances called implant bridges are attached to an area below the gum tissue or the bone.

Click play to find out more about dental bridges.

Click play on each video to find out more
about inlays and onlays.

Inlays and onlays can often be used in place of traditional dental fillings to treat tooth decay or similar structural damage. Whereas dental fillings are molded into place within the mouth during a dental visit, inlays and onlays are fabricated indirectly using CEREC® technology before being fitted and bonded to the damaged tooth by your dentist.

Typically, an inlay or onlay procedure used to be completed in two dental visits, but with our in-house technology, Dr. Khayat can do it in one visit. During your appointment, our expert Hingham dentist will prepare the damaged tooth. A digital impression of the tooth is then taken and sent to our computer software, where an inlay or onlay is designed and fabricated. Once fitted, the inlay or onlay is bonded onto the tooth, and the margins are polished. 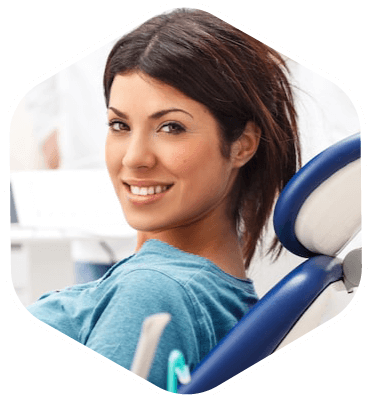 Teeth sometimes have large portions missing due to decay, fracture, the loss of a filling and, in the case of root canal treatment, the creation of an access cavity.

Core placement refers to a procedure where a dentist replaces missing tooth structure in preparation for making a new dental crown. Replacing these missing portions creates the optimal foundation for the new restoration.

A core can be made out of any type of permanent dental restorative. In most cases, it’s either dental amalgam (metal filling material) or else dental composite.

Here’s the reason why a core is placed. A great deal of a crown’s stability depends on the amount of tooth structure that extends into its interior. If very little tooth structure occupies this space, the crown will be easily dislodged, especially by forces directed at its side.

By “building up” the tooth first with a core (rebuilding the tooth, so it is closer to its original dimensions), the dentist can greatly increase the stability of the crown, and therefore maximize its long-term chances for success.

What are a post and core? The difference between a dental core and a post is that with the latter, a dental post is used to help to anchor the core to the tooth.

While a dental core can be created for any tooth, a post and core can only be made for a tooth that has had root canal treatment.

I have had the best experience at this office. In the past year, I have done significant work - wisdom tooth pulled and two crowns replaced. Dr, Becerra and Dr, Khayat are terrific. The procedures were painless, the office staff is really friendly, and they made the whole process easy and fun. Plus, both doctors were recommended by fellow dentists, as they are known for the quality of their work.

As a fully-trained prosthodontist, Dr. Khayat is able to restore your smile using a range of denture appliances.

Click play to find out more about complete dentures.

Click play to find out more about partial dentures.

Click play to find out more about locator retained dentures.

Caring for Your Dentures
Denture Maintenance

Dentures today are made from very advanced materials designed to give you a natural appearance. However, keep in mind that just like your teeth, dentures should be cared for with the same diligence. This means daily brushing and regular visits to your dentist.

Regular visits to your dentist are critical. Dr. Khayat will also make minor adjustments that ensure that your dentures continue fitting naturally and comfortably. Just like natural teeth, dentures need to be cleansed of plaque, food particles and other debris. Keeping your dentures in top shape will also help keep the soft tissues of your mouth healthy; an unclean or malformed denture can cause infections and irritation.

Remember to rinse and brush your dentures after every meal, and soak them in denture solution overnight. This also allows your gums to breathe while you sleep. Here are some simple techniques for keeping your dentures clean:

Remember to use a separate toothbrush to clean your own natural teeth, as well as all of your gum tissues. In lieu of a toothbrush, a soft washcloth may be used to wipe your gums.

Over time, even daily care of your dentures may require them to be cleaned by the dentist. A powerful ultrasonic cleaner may be used to remove hard accumulations of tartar and other substances. 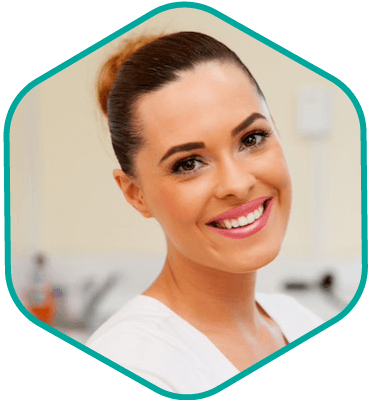 Click play to find out more about full mouth reconstruction.

Full mouth reconstruction, full mouth rehabilitation, and full mouth restoration are terms often used interchangeably to describe the process of rebuilding or simultaneously restoring all of the teeth in both the upper and lower jaws.

The need for full mouth reconstruction may result from:

If you think you need full mouth restoration or reconstruction, contact us for a comprehensive examination. We will examine your mouth to determine the extent of the problem and the treatment options that can be used to correct it. 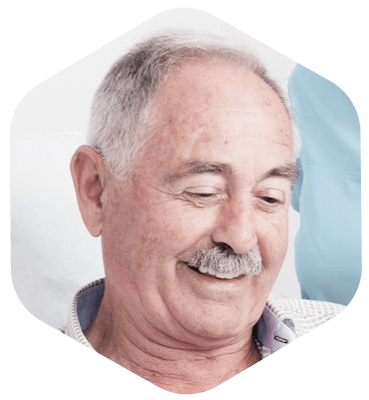 Before the development of dental implants, dentures were the only alternative to replacing a missing tooth or teeth.

Implants are synthetic structures that are placed in the area of the tooth normally occupied by the root. Implants are anchored to the jawbone or metal framework on the bone and act as a foundation for an artificial tooth or permanent bridge. In some cases, implants can be used to attach dentures.

Not everyone is a candidate for a dental implant, however. For a successful implant to take hold, a candidate must have proper bone density and have a strong immune system. In all cases, dental implants require strict oral hygiene.

Implants are so well designed that they mimic the look and feel of natural teeth. Implants are usually made of a synthetic yet biocompatible material like metal or ceramic.

Surgery is necessary to prepare the area for an implant and place the implant in the mouth. Following the procedure, a period of time is required for the implant to take hold and for bone tissue to build up and anchor the device. In some cases, metal posts are inserted into the implant during a follow-up procedure to connect the tooth.

Because implants require surgery, patients are administered anesthesia and, if necessary, antibiotics to stave off infection following the procedure.

Like any restoration, implants require diligent oral hygiene and proper care to ensure they last a long time.

Dr. Khayat is a world-class prosthodontist, while Dr. Becerra is a well-renowned periodontist.
Book Your Appointment
Specialty Dental Care